10 Quick Ways to be More Engaged 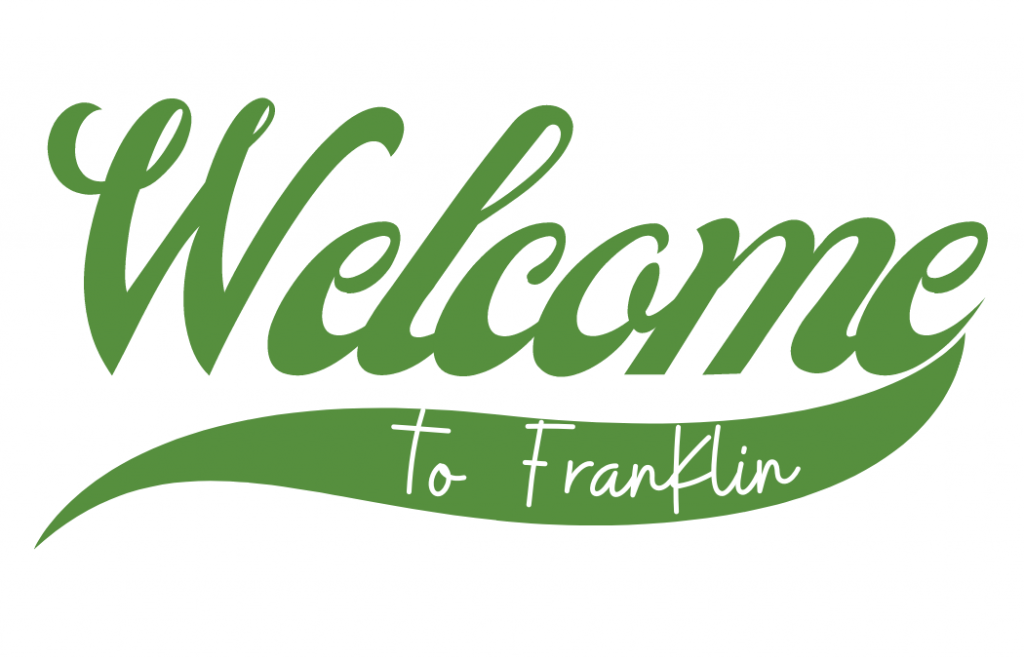 You can do this at the Tennessee Secretary of the State’s website: govotetn.com. For information about elections in Williamson County, go to www.williamsonvotes.net.

3. Meet your Alderman by attending a meeting. 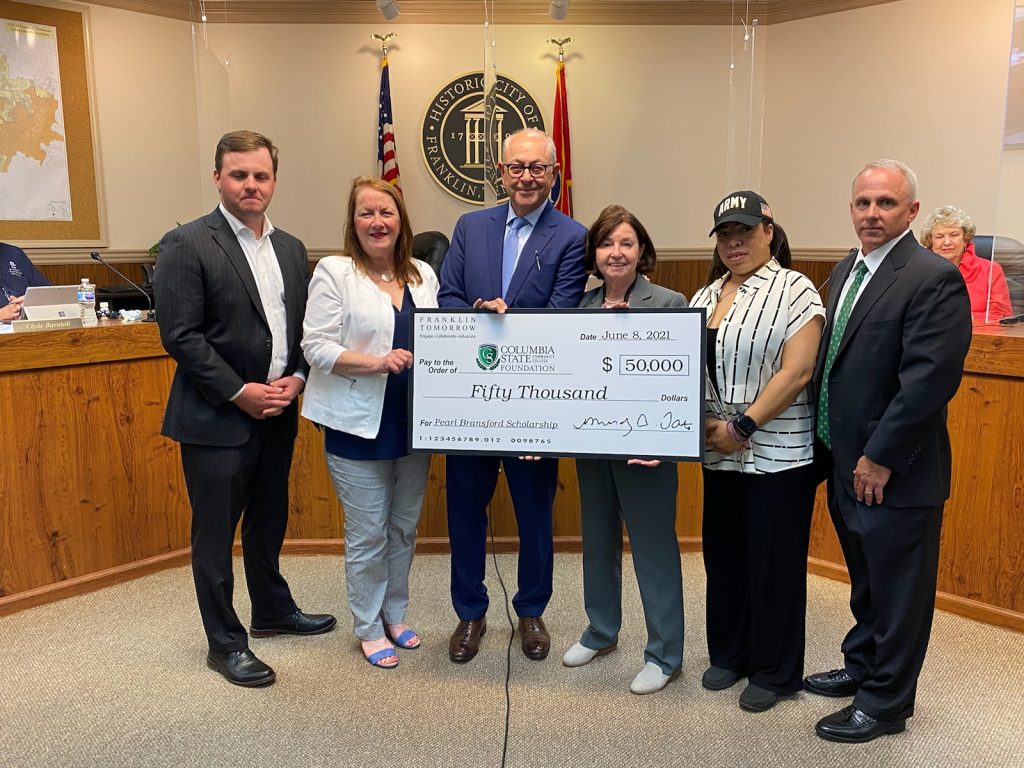 In 2021, Franklin Tomorrow coordinated the collection of funds to honor the late Franklin Alderman Pearl Bransford by creating a scholarship for health sciences students at Columbia State Community College.

The eight-member Board of Mayor & Aldermen meet twice a month on the second and fourth Tuesdays at City Hall, with Mayor Ken Moore presiding.

Four Aldermen are elected from the four political divisions of the City called wards; four are elected at-large. This governing board is responsible for deciding on the city’s policies and procedures by passing Resolutions, Municipal Ordinances and the Municipal Code, all of which are implemented by the various City Departments. To determine which ward you reside in and/or who is your Alderman, click here.

City Administrator Eric Stuckey oversees the City’s 14 departments and works with the Board of Mayor and Aldermen (BOMA) to chart the strategic direction of the City. Franklin has received an AAA rating from Moody’s as well as Standard and Poor’s rating services for several consecutive years. Each week, he offers a “Top Three Things to Know” update via social media and the city’s YouTube channel. The City of Franklin maintains one of the lowest city property tax rates of any city in Tennessee.

Meetings are also available on social media as well as the City’s Franklin TV which can be seen throughout Franklin and Williamson County to all households that subscribe to Comcast cable, and in all of mid-TN on ATT’s U-verse system.

Original programming on Franklin TV includes an informative information billboard, which contains meeting and program replay notices and other items of interest to the public; meetings (live and re-broadcast); The City Insider program; and TraffiCast, a video feed from the City’s state-of-the-art Traffic Operations Center. Other programming on Franklin TV includes various government, education, and recreational programming both from providers in the state of Tennessee and throughout the country.

4. Get in touch with a nonprofit or civic organization working on issues you care about.

United Way of Greater Nashville and Hands On Nashville maintain engagement and volunteer opportunities in the area. Graceworks Ministries and OneGen Away have ongoing volunteer opportunities for those wishing to volunteer. To find out about other nonprofits in our area and specifically Williamson County, visit GivingMatters.com and refine your search to Williamson County or to reflect your area of interest.

5. Participate in a Citizens Academy. Learn more about the City of Franklin by applying for one or all Citizens Academy; Government, Police or Fire Citizens Academies at franklintn.gov/i-want-to/apply-for.

6. Enjoy a festival or Franklin event.

“There’s nothing to do in this town.” Said no one ever. Franklin has a thriving events calendar. Check out VisitFranklin.com to see what’s going on now.

Check out the calendar of events on this page and look for information in local media and on social channels.

Many of the signature downtown events, such as the Main Street Festival or Pumpkinfest, are produced by the Downtown Franklin Association, which is a division of the Heritage Foundation of Williamson County. 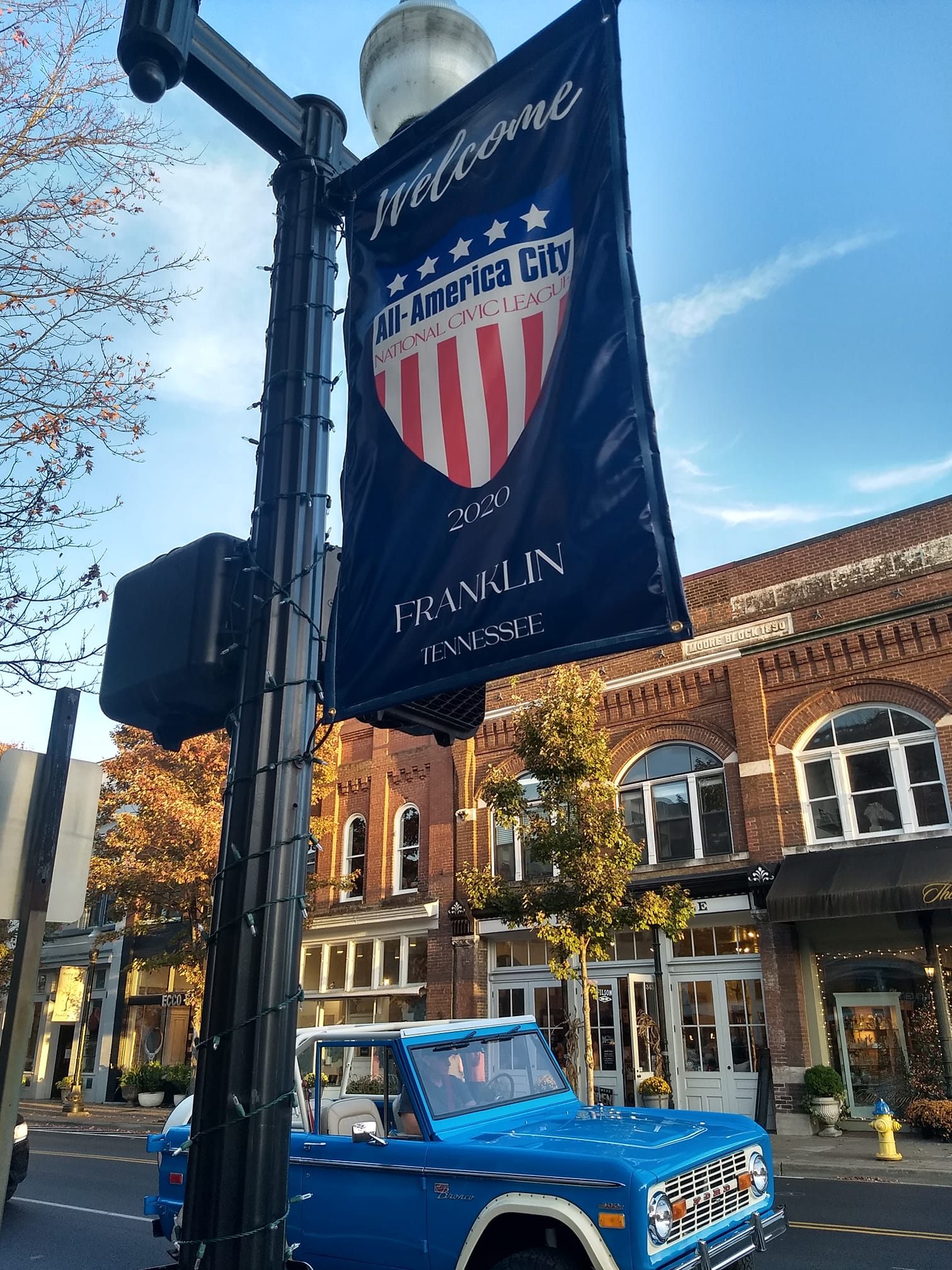 Franklin Tomorrow hosts a monthly FrankTalks lecture on the second Monday of the month, presented by Williamson Medical Center and Renasant Bank. We also host a quarterly Breakfast With the Mayors, presented by Pinnacle Financial Partners.

Recordings of past Franklin Tomorrow programming can be found on our YouTube site.

7. Show your civic pride with a Historic Franklin license plate for your car. 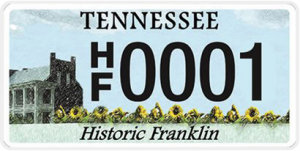 Franklin Tomorrow shepherded the project through the Tennessee Legislature and receives approximately half of the additional $35 charged for the plate. Did you know you live in an All-America City? Franklin won this distinguished designation from the National Civic League in 2020 in a joint application between the City of Franklin and Franklin Tomorrow focusing on civic engagement and the telling of The Fuller Story.

8. Share your voice by actively contributing to online neighborhood forums.

Conversations happen all around us. Be a positive participant in those by joining online conversations pertinent to your neighborhood through NextDoor.com or other social media outlets, including Franklin Tomorrow’s Facebook and Twitter accounts. Remember, be engaged but civil.

9. Engage with the local school system or place of worship.

The sense of community starts at a young age. Local schools and places of worship have volunteer opportunities for parents and engaged citizens.

10. Get involved with Franklin Tomorrow.