The awards will be presented at the Franklin Theatre as part of the ninth annual Exemplary Community Volunteer Awards and Volunteer Spirit Awards. The event will begin at 6:30 p.m. with a cocktail reception provided by Lipman Brothers.

The awards presentation will begin at 7 p.m. Tickets are available through the Franklin Theatre at www.franklintheatre.com. Making the event possible as partners are Patterson Intellectual Property Law, Middle Tennessee Electric, and PARKS Realty.

The Ned Lea Lifetime Achievement Award is presented posthumously to recognize individuals who have had a significant impact for one organization or on their community through their life. They exemplify a heart of service and a dedication to the community at large. 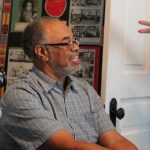 Murdic, who died unexpectedly in March 2015, will be recognized for his years of service to the community as a whole, but also as a strong representative of the African American community and the preservation of its history. His participation as a founding member of Franklin’s Charge was integral to the success of that organization, according to a nomination by local author and preservationist Robert Hicks. 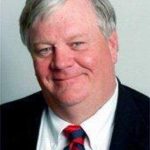 Callicott, who died early last month at his farm in Only, Tenn., had a long record as a public servant, starting as a county commissioner, time as a member of the Tennessee House of Representatives, and as county mayor. But he is also remembered as a strong advocate of youth sports and as his influence grew, he is credited as a founder of Williamson County’s public recreation department.

The top award of the evening is the Anne T. Rutherford Exemplary Community Volunteer Award, chosen from nominations submitted by more than 30 local nonprofit organizations or charities.

For the second year, Franklin Tomorrow will present the Legacy Award, a continuation of the Business Legends Award previously presented by the Williamson County-Franklin Chamber of Commerce. This award will recognize an individual or individuals who have made significant impact in the areas of business, quality of life, and leadership.

Franklin Tomorrow is the community visioning nonprofit which seeks to engage the community, foster collaboration, and advocate for a shared vision for the future of Franklin. That shared vision includes a vibrant economy, distinct character, robust neighborhoods, and great people.