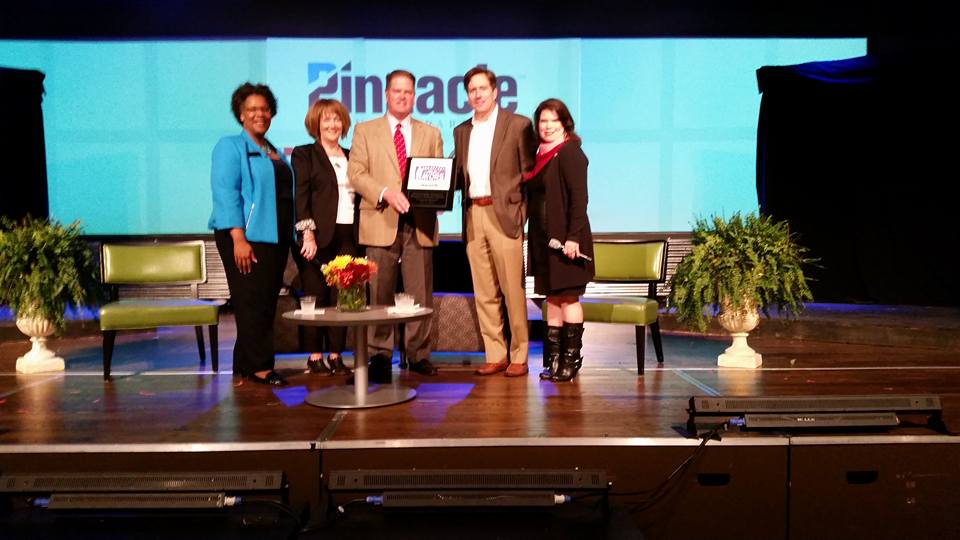 The Nov. 3 Breakfast With the Mayors, presented by Pinnacle Financial Partners, took a “Transportation Tuesday” theme with Franklin Mayor Ken Moore and Williamson County Mayor Rogers Anderson steering the conversation to the need for a new or increased source of dedicated funding for transportation projects on local, state, and federal levels.

“I appreciate the interest that you have in the subject of transportation. Each of us is likely part of the problem this morning in that most of us drove here in a single occupancy vehicle,” Moore said. “In fact, about 85% of us are usually in single occupancy vehicles going to work.
We are experiencing unprecedented growth and we will see our population double by 2035 and the good news is that we will also see the number of jobs double.
“There are some important trends occurring besides our growth and there are some important things that have happened to improve our transportation issues. The community and region are talking about the issue. Ranking transportation as a priority has increased from 29% last year to 45% this year which emphasizes conversations and concerns are growing. Citizens are wanting more multi-modal transit options, more walkability, more connectivity, and more trails.”

As part of the registration process, participants were asked to complete a brief survey regarding transportation issues and those results were revealed during the Nov. 3 Breakfast With the Mayors. The questions asked were coordinated with a 2013 Transportation Survey conducted by Franklin Tomorrow which drew almost 1,000 responses.

Anderson recently hosted a “Williamson Moves” summit on transportation and brought with him Doug Hood, special projects director for the Mayor, who outlined some of the issues identified by that meeting.