2016 Breakfast With the Mayors series kicks off Jan. 26 with Williamson County Mayoral Summit

Home/News/2016 Breakfast With the Mayors series kicks off Jan. 26 with Williamson County Mayoral Summit
Previous Next

2016 Breakfast With the Mayors series kicks off Jan. 26 with Williamson County Mayoral Summit

Mayors of all five cities to join Moore & Anderson

The 2016 Franklin Tomorrow Breakfast With the Mayors series, presented by Pinnacle Financial Partners, returns for its first-quarter date on Jan. 26, 2016. There is no cost to attend Breakfast With the Mayors, thanks to our generous partners, which include Williamson Medical Center, Williamson County Association of Realtors, Tennessee Equine Hospital, Andrews Cadillac, Puckett’s Gro. & Restaurant, Royal Cup Coffee, and the Williamson Herald.

Franklin Mayor Ken Moore and Williamson County Mayor Rogers Anderson will be joined on Jan. 26 by the Mayors of Williamson County’s five other cities for a Mayoral Summit.
Breakfast from Puckett’s Gro. & Restaurant and Royal Cup Coffee will be served starting at 7 a.m. and guests will be able to network until the start of the program at 7:45 a.m. 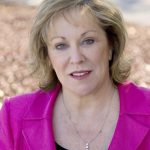 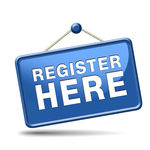 Mayor Smithson has served on the Brentwood City Commission since 1989. She is currently serving her second term as Mayor and has also served as Vice Mayor.She and her husband own their own business, Smithson & Associates, Inc. a financial services company located in Brentwood. She is also co-owner in Silver Plum, Inc. She and her daughter design handbags that are made in the USA. 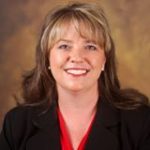 Mayor Carroll served as a member of the Fairview Board of Commissioners before being elected Mayor in 2014. She is a graduate of Bethel University. 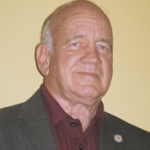 Mayor Graham is a graduate of Middle Tennessee State University and is a district manager for SAGE Dining Services. He served six years as a member of the Spring Hill Board of Mayor and Aldermen before being elected Mayor in 2013.

Mayor Napier is a 15-year resident of Thompson’s Station with his wife and three children. He is a graduate of the Haslam School of Business at the University of Tennessee Knoxville and the Owen Graduate School of Management at Vanderbilt University. He is the the Managing Director for Waddell and Associates, a wealth strategy firm.
The remaining Breakfasts With the Mayors will be held April 26, July 26, and Oct. 25.

Sponsorships are available for the series or individual Breakfasts. For more information, contact Mindy Tate at (615) 794-0998.