Franklin Tomorrow is proud to welcome Tennessee Economic & Community Development Commissioner Randy Boyd as our speaker at the July 26th Breakfast With the Mayors, presented by Pinnacle Financial Partners.

Commissioner Boyd will focus his remarks on the importance of education in workforce development in maintaining Tennessee’s competitiveness to attract and retain business.
The date is Tuesday, July 26, and our speaker will be Tennessee Economic and Community Development Commissioner Randy Boyd.
Breakfast will begin at 7 a.m., with the program start at 7:45 a.m.
There is no cost to attend Breakfast With the Mayors, thanks to our generous partners, which include Williamson Medical Center; Williamson County Association of REALTORS: Tennessee Equine Hospital; Patterson Hardee & Ballentine, CPAs; Andrews Cadillac; Puckett’s Gro. & Restaurant; Royal Cup Coffee; and the Williamson Herald.

A successful businessman from Knoxville before joining Gov. Bill Haslam’s cabinet in 2015, Commissioner Boyd serves as chairman of tnAchieves, a mentor-assisted scholarship program that has sent over 10,000 first-generation community college students across the state of Tennessee all through private donations and in 2015 provided operational support for students participating in the Tennessee Promise in 85 counties.
In 2013, Boyd took a year leave of absence from his company to serve Gov. Haslam in a volunteer role as his special advisor on higher education, assisting in the development of the Drive to 55 initiatives and the Tennessee Promise. The Tennessee Promise will provide free tuition and fees to community college to approximately 15,000 Tennesseans per year, all matched with a trained, volunteer mentor.
In addition to serving as Commissioner of ECD, he is also chairman of the Governor’s Workforce Sub-Cabinet,  co-chairman of the Rural Taskforce and Chairman of Launch Tennessee that supports entrepreneurship across the state, and chairman of the Aviation Task Force, which is tasked with maintaining our nation-leading airport infrastructure.
The Tennessee Department of Economic and Community Development is responsible for recruiting business and industry to the state as well as Tennessee’s overall economic growth. Prior to joining TNECD, Boyd founded Radio Systems Corporation from which he is currently taking a leave of absence. Radio Systems is headquartered in Knoxville and has over 700 associates worldwide with offices in seven countries. The company produces over 4,600 pet products under brand names such as Invisible Fence, PetSafe, and SportDOG. It is a privately held corporation with sales over $370 million.
He is also owner of  Boyd Sports LLC, owner of the Tennessee Smokies Baseball team, the AA affiliate of the Chicago Cubs and the Johnson City Cardinals, a rookie league affiliate of the St. Louis Cardinals. He is also on the Board of many non-profit organizations.
He received a degree from The University of Tennessee in Industrial Management in 1979 at age 19  and a Master’s in Liberal Studies with a concentration in foreign policy from Oklahoma University in 1988. He has two sons, Harrison and Thomas, two dogs, Spanky and Oscar, and one wife, Jenny, who he has been married to for 31 years. 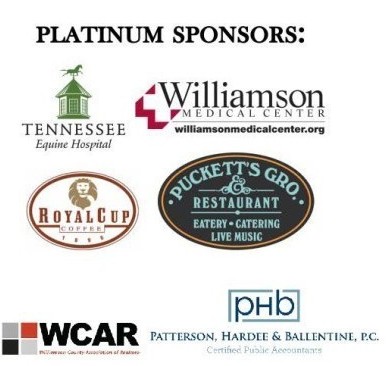