The series is held on the second Monday of the month at various locations across the city. The issue of civil discourse or community dialogue will be a quarterly feature of FrankTalks, which is presented in conjunction with the Vanderbilt University Office of Community, Neighborhood and Government Relations.

“Peace is not the absence of conflict,” Lowry told the group after being introduced by Franklin Mayor Ken Moore. “It is the ability to deal with conflict effectively, efficiently and respectfully.”

For more than 20 years, Lowry has been one of the nation’s leaders in the dispute resolution field and is one of the country’s most sought-after speakers on those subjects. After establishing an innovative program at Willamette University School of Law in Salem, Ore. he founded the Straus Institute for Dispute Resolution at Pepperdine University School of Law. The Straus Institute has been named the No. 1 graduate program of its kind for eight consecutive years, achieving the No. 1 ranking in 11 of the last 16 years by U.S. News & World Report. In 2004, he formalized his longstanding consulting and training practice into the firm now called Strategic Resolutions Group, LLC.

Since joining Lipscomb in September 2005, Lowry has led the Lipscomb community through a period of tremendous growth and connection with the Nashville community, as well as the region.

Lowry pointed out that many don’t realize the diversity in Nashville, with one in eight people in the city having been born in another country.

He gave four steps to creating a community dialogue, including recognizing despite our differences, we are one; coming to grips with diversity and using it as a resource to work together; focus on common interests and “go below the line” of conflict to find out what is driving people; and look for ways to build a relationship not on the conflict, but on something deeper and really seeing the other person.

The next FrankTalks lecture will be Monday, Feb. 13, at the training room at Franklin City Hall on the Church Street end of the building. The program will focus on the well-being of our community, both physically and mentally. FrankTalks is free to the public, thanks to the generous support of our partners. It starts at 9 a.m. with a coffee social, followed at 9:30 a.m. by the program, which lasts approximately one hour.

To watch a video of Lowry’s talk, follow this link.

During the event, Franklin Tomorrow Executive Director Mindy Tate shared results of a recent survey of attendees which showed most of those responding thought civility was an issue in their daily lives. 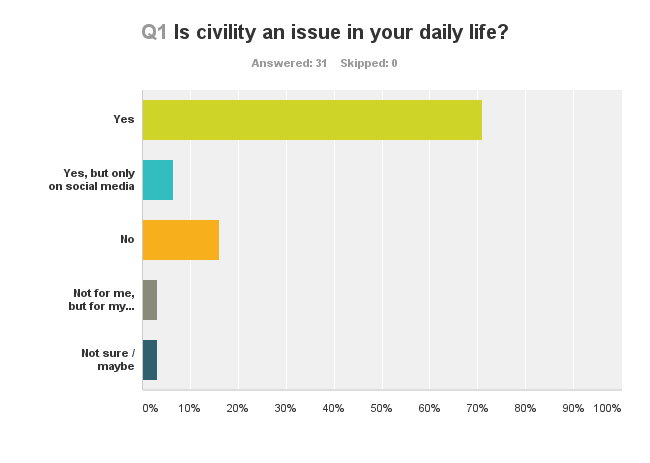