Franklin Tomorrow Inc. has added seven new members to its Board of Directors and posted a slate of officers for 2017 for the nonprofit community visioning organization based in Franklin, Tenn.

Franklin Tomorrow Board President Tim Murphy announced the following members have joined the Board of Directors for three-year terms: 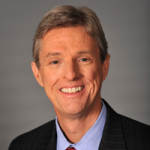 Murphy is serving his second year as Board president. Other officers include Elliott as vice president; Bell as secretary; and Roberts as treasurer. Greenwald, Grier, Harris, and Thompson also serve on the Executive Committee of the organization.

Franklin Tomorrow is a community visioning nonprofit which has as its mission to engage the community, foster collaboration, and advocate for a shared vision for the future of Franklin. With its community partners, it is the host of the quarterly Breakfast With the Mayors, as well as a monthly lecture series called FrankTalks.