Hayes was nominated for the award by Williamson County Mayor Rogers Anderson and his Chief of Staff Diane Giddens.

In 2007, Franklin Tomorrow established the Exemplary Community Volunteer Awards to honor the decades of service and tremendous impact of Anne T. Rutherford, with an award which recognizes the collective effort of an individual’s work, the impact on the agencies themselves, and the community at large.

While spotlighting her 28 years as a County Commissioner, the two wrote of Hayes, “For decades, she has made the conscientious decision to ‘serve first.’ Though her professional career of choice was that of an elementary schoolteacher, her desire to serve others extended far beyond the classroom.”

Hayes also served as the first chair of Williamson Inc. after being involved in the Williamson County-Franklin Chamber for 30 years as a small business owner.

“As a member of the transition team, established to consolidate the chambers throughout the county, she assisted in the efforts to unify the collection of talent, resources and voices to form today’s Williamson Chamber Inc.,” Anderson and Giddens wrote.

“Whether leading or watching from the sidelines, you can always count on her to put others’ interest before her own. When you think of exemplary volunteers who have been involved in the betterment of our community, city and county, you will most likely see the handprint of Judy Hayes woven within the project somewhere,” they wrote. “Judy has selflessly devoted herself to exemplifying volunteer, servant leadership.”

Franklin Tomorrow President Tim Murphy presented the President’s Award to Franklin Tomorrow Board Member Mike Alexander for his work with the organization as well as his widespread community involvement with organizations like Brightstone, Franklin Breakfast Rotary, the Williamson County branch of the Better Business Bureau, and P38, a local organization that works primarily with the First Brigade of the 101st Airborne (AASLT) Division at Ft. Campbell, Ky.

Tim Murphy reads the list of reasons why Mike Alexander was awarded the President’s Award.

Other awards were bestowed during the evening in various categories, as well as the Franklin Tomorrow Business Legacy Award, given to well-known local attorney and community philanthropist Julian Bibb.

In the Corporate Team category, awards were given to APCOM Inc., nominated by Brightstone; and Carbine & Associates, for its work on the House for Hope Designer Show House.

In the Corporate Volunteer category, Brian Evans of Tractor Supply was the recipient, based on a nomination from United Way of Williamson County.

In the Youth Initiative category, award recipients were Destiny Moore, Boys & Girls Club of Williamson County; and Threads of Care, a youth initiative to collect clothing for teens in need.

Franklin Tomorrow is a community visioning nonprofit which seeks to engage the community, foster collaboration, and advocate for a shared vision for the future of Franklin. That shared vision includes a vibrant economy, distinct character, robust neighborhoods, and great people. 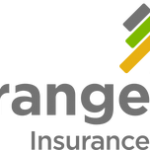 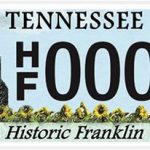 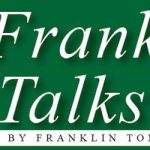 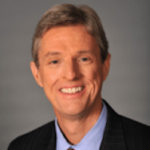