Home/News/Mayoral Summit draws full house at Breakfast With the Mayors Jan. 28
Previous Next

Franklin Tomorrow’s quarterly Breakfast With the Mayors, presented by Pinnacle Financial Partners, got off to a great start for 2020 on Tuesday, Jan. 22, with the annual Williamson County Mayoral Summit. 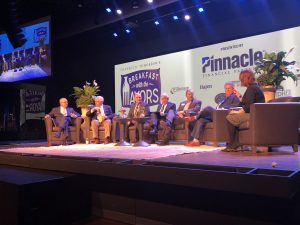 Williamson County’s Mayors at the Franklin Tomorrow Breakfast With the Mayors Mayoral Summit on Jan. 28, 2020. 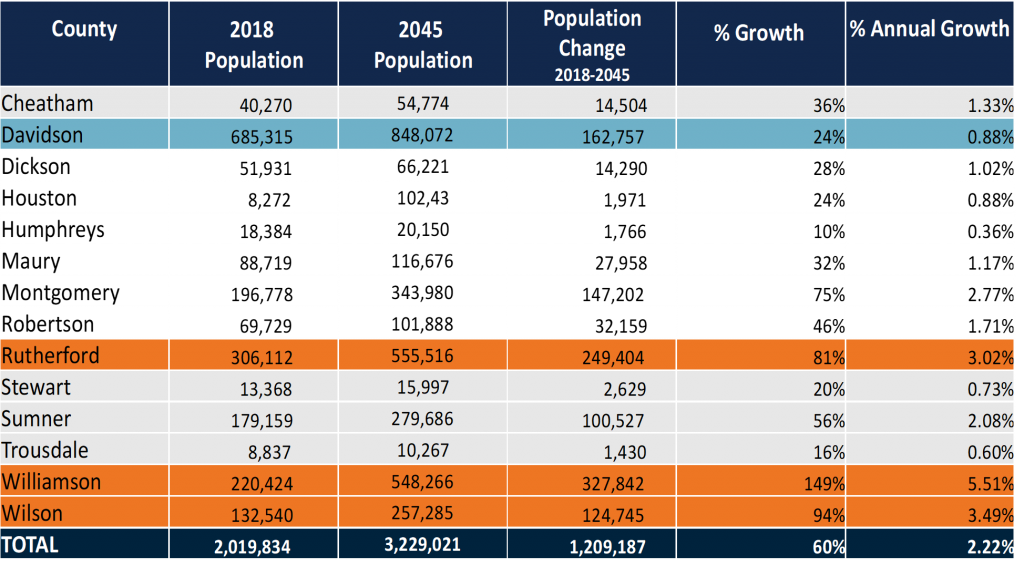 Spring Hill Mayor Rick Graham recalled a time when Spring Hill was experiencing “turbo growth” in terms of housing starts, as well as when the City had a property tax rate of zero. A recent tax hike of 9 cents has been dedicated to transportation improvements, and has a sunset clause to make the tax go away after the road projects are finished, Graham said.

Thompson’s Station Mayor Corey Napier also talked of expansive growth in his town where the goal is to create a “modern Mayberry” while achieving the right “cow to human ratio.”

When asked how citizens can best help the mayors in their jobs, Nolensville Mayor Jimmy Alexander encouraged people to get involved in their city on committees or in organizations, but also to attend meetings and follow the process. Napier echoed those comments, encouraging people to follow the dialogue over a period of time.

To watch the hour-long program, click the link below.