The Franklin Theatre was bursting at the seams on Wednesday, July 25, as Franklin Tomorrow held its 12th annual Exemplary Community Volunteer Awards.

Taking home the top award of the evening – the Anne T. Rutherford Award – was Rick Warwick, who for 23 years has volunteered his time with the Heritage Foundation of Williamson County and other groups as a historian, receiving no pay for his efforts. 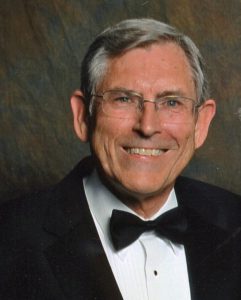 “His wonderful curiosity, network of Williamson County natives and ability to remember a zillion dates and facts make our community history interesting and valuable to all he encounters. He has an extraordinary work ethic and is known to work six or seven days a week,” wrote his nominators Kristy Williams and Mary Pearce.

“He has made his office in Leiper’s Fork, in a hallway at the Five Points Post Office, a pass-through room in a rental property, and now serves Williamson County in the former Sheriff’s Office and Drunk Tank at the Lehew-Magid Big House for Historic Preservation,” the duo continued. “For this project, he sold a sizable part of his Dick Poyner chair collection that raised over $12,000 for the Old, Old Jail rehabilitation.”

Warwick’s volunteer work has resulted in a collection of over 15,000 photographs. He has served as the editor of 15 books on local history, 32 historic journals, and has raised funds and placed over 150 historic markers telling our communities’ history. He is the official Williamson County Historian and has served on the Tennessee Historical Commission, Editor of the Williamson County Historical Society, Co-Chaired Williamson County’s Bicentennial Celebration, served as a board member for the Heritage Foundation, Carter House, Carnton, and founding member of Franklin’s Charge and the African American Heritage Society.

His nomination was supported by 10 letters from various community members, including David Garrett, who serves as president of the Heritage Foundation Board of Directors and is a past recipient of the Anne T. Rutherford Award himself.

“The importance of Rick’s work in saving the history of our county cannot be overstated. With the influx of new people and new development, it would be easy for Franklin and Williamson County to have ‘lost’ the history of our past generations,” Garrett wrote in his letter. “Due to Rick’s tireless efforts, our history has been preserved. More importantly, he has helped our history come alive and remain relevant to our current residents.”

Earlier in the evening, retiring 61st District State Rep. Charles Sargent was recognized for his contributions over 22 years in the Tennessee House of Representatives with the Business Legacy Award. Sargent’s family accepted the award on his behalf due to health issues which kept him from attending the ceremony. 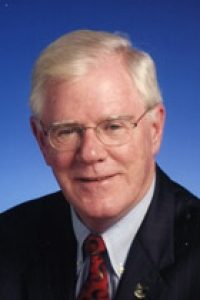 “The last 22 years have been a great pleasure for me to serve the people of the 61st district and Williamson County. I think we’ve accomplished a lot and look to accomplish a lot in the future. I plan on staying involved in the community, involved in politics and continuing to work with the city mayors and county mayor in the coming years,” Sargent said in a release read to the audience.

Williamson County Mayor Rogers Anderson and Columbia State Community College President Dr. Janet Smith lauded Sargent for his dedication to education during both his time in the General Assembly, but also in the years preceding as a member of the Williamson County Commission.

“I want to thank Rogers for presenting this to my wife, Nancy, tonight,” Sargent wrote. “He’s been the county mayor for the last 16 years but has been my best friend for the last 30-plus years. We started our political life together and Rogers has done a wonderful job of leading our county – balancing the budget and planning for the growth of Williamson County.”

Of Smith, Sargent wrote he could talk for quite some time. “I appreciate everything she has done for Columbia State. She has allowed me the opportunity to come in and help and work with them. I look forward to – some people may or may not know – the garage is going to be under construction in this fall and the fourth building is already planned for and is on the top of the TBR list.

“As you know, this school has been so successful. Our growth is one of the highest growing community colleges in the state and our test scores are one of the highest in the state. I look forward to continuing to work with Dr. Smith and doing whatever I can to progress with the fourth building,” Sargent wrote.

This Business Legacy Award recognizes an individual who has made significant impact in the areas of business, quality of life, and leadership, according to Tim Murphy, Franklin Tomorrow Board president.

Sargent rose to the heights of leadership in the Legislature, chairing the powerful House Finance, Ways & Means Committee. Sargent is given much of the credit for pushing through the maze of committees funding for construction of the Columbia State Community College campus on Liberty Pike in Franklin.

Sargent and his wife Nancy have lived in Franklin since the 1970s, much of the time in the Grassland community. They have two children, Margaret and David, and two grandchildren, Adelyn and Savannah. Sargent owns a Nashville State Farm office and is a U.S. Navy veteran.

Other awards presented on July 25 included:

Civic Group Award – Daughters of the King, honored for their work on the Feed My Lambs program.

In addition, 20 individuals were honored during a special in memoriam program during the event for their contributions as volunteers and community leaders. Each person will be further recognized when a paver is installed at the Friends of Franklin Parks’ TSC Arena at the Park at Harlinsdale Farm, thanks to Friends of Franklin Parks and Williamson Memorial Funeral Home & Gardens.

Important Information for all ticket holders:
-5:30pm-6:30pm Cocktail Hour with heavy hors d’oeuvres at F&M Bank located at 320 Main St.
-6:30pm Doors open at the Franklin Theatre
-7:00pm The program begins
-8:30pm All ticket holders are invited to an After Party with dessert and champagne at F&M Bank

In 2007, Franklin Tomorrow established the Anne T. Rutherford Exemplary Community Volunteer Award to honor the decades of service and tremendous impact that Mrs. Rutherford has in Franklin, Tennessee. In the following years, the Awards grew to include Volunteer Spirit Awards and the Youth Initiative Award. We are honored to celebrate the lives of those in our community who give selflessly to support and encourage in our local organizations. Thanks to the generous support of our sponsors, a cash contribution will be made on behalf of each award recipient to the non-profit of their choice.

Franklin Tomorrow is a community-wide effort to engage the community, foster collaboration and advocate for a shared vision for the future of Franklin. Franklin Tomorrow began in 2000 as an outgrowth of Leadership Franklin and the continuing effort to identify needs in our community. Our strategy groups are constantly evolving to reflect today’s challenges and form a vibrant Franklin Tomorrow. We are a non- profit, 501c(3) organization focused on communicating the shared vision through focus, education, advocacy and accountability.

Information will be sent in July and reservations will be required prior to the event. One complimentary ticket to the Volunteer Awards event is available to each of the finalists, allowing them to attend. Finalists will be named in early July. Additional tickets for guests may be purchased in advance through the Franklin Theatre Box Office. There will be no reserved seating. RSVP is required for all Volunteer Awards nominees.

Here are some tips to writing nominations that really stand out and reflect the true commitment of your nominees. Remember that you may know your volunteer really well, but the one-page description you submit is how the Awards Committee gets to know your nominee.

     Include compelling examples and/or stories of the nominee’s volunteer service with the agency and/or clients.

     Describe how the nominee stands apart from all the rest.

     Cite any special challenges the nominee has overcome.

     Discuss the impact of the nominee’s service on the overall work of the agency or organization.

Taking the time to write a thorough nomination could provide a wonderful, lifetime memory for your volunteer or organization.

Deserving volunteers may be nominated by any community member or staff person. Nominees must be actively volunteering at one or more organizations in Franklin/Williamson County.  If the nominator is not with the volunteer agency of the nominee, please provide contact information for the agency. Please note that some are not eligible for participation, including past award recipients, individuals involved in “court mandated community service” or those receiving compensation for service rendered.

The Awards Committee will be responsible for screening and selecting the finalists in each award category. The Awards committee is made up of community volunteers, volunteer administrators, business leaders and civic leaders.

Finalists and their nominators are notified no later than early July. Phone calls will be made to all finalists. Emails will follow to the finalists and their nominators. Names of the award recipients are kept confidential until the presentation at Volunteer Awards on July 25, 2018 at the Franklin Theatre.  Advance tickets are required for the event.

Individuals eligible for these awards are involved either in a variety of community activities or primarily in one organization as a significant volunteer. The effect of their work, either collectively in the community or primarily in one organization, has a profound impact. This individual stands out as altering the environment around them simply by their service and heart for their community. Three awards are given in this category annually.

Individuals eligible for this award are under the age of 21 and are involved either in a variety of community activities or primarily in one organization as a significant volunteer. The effect of their work, either collectively in the community or primarily in one organization, has a profound impact. This individual stands out as setting a standard of service for the youth in our community.

Civic Group Award will honor representatives of civic, membership, congregation or non-corporate groups that volunteer together for a cause.

Corporate Team Award will recognize companies that see the value of giving back to their community through successful volunteer programs with high levels of participation and impact.

Corporate Volunteer Achievement Award will recognize an individual who, as part of a company-sponsored volunteer program or event, has made a significant contribution to one or more organizations. 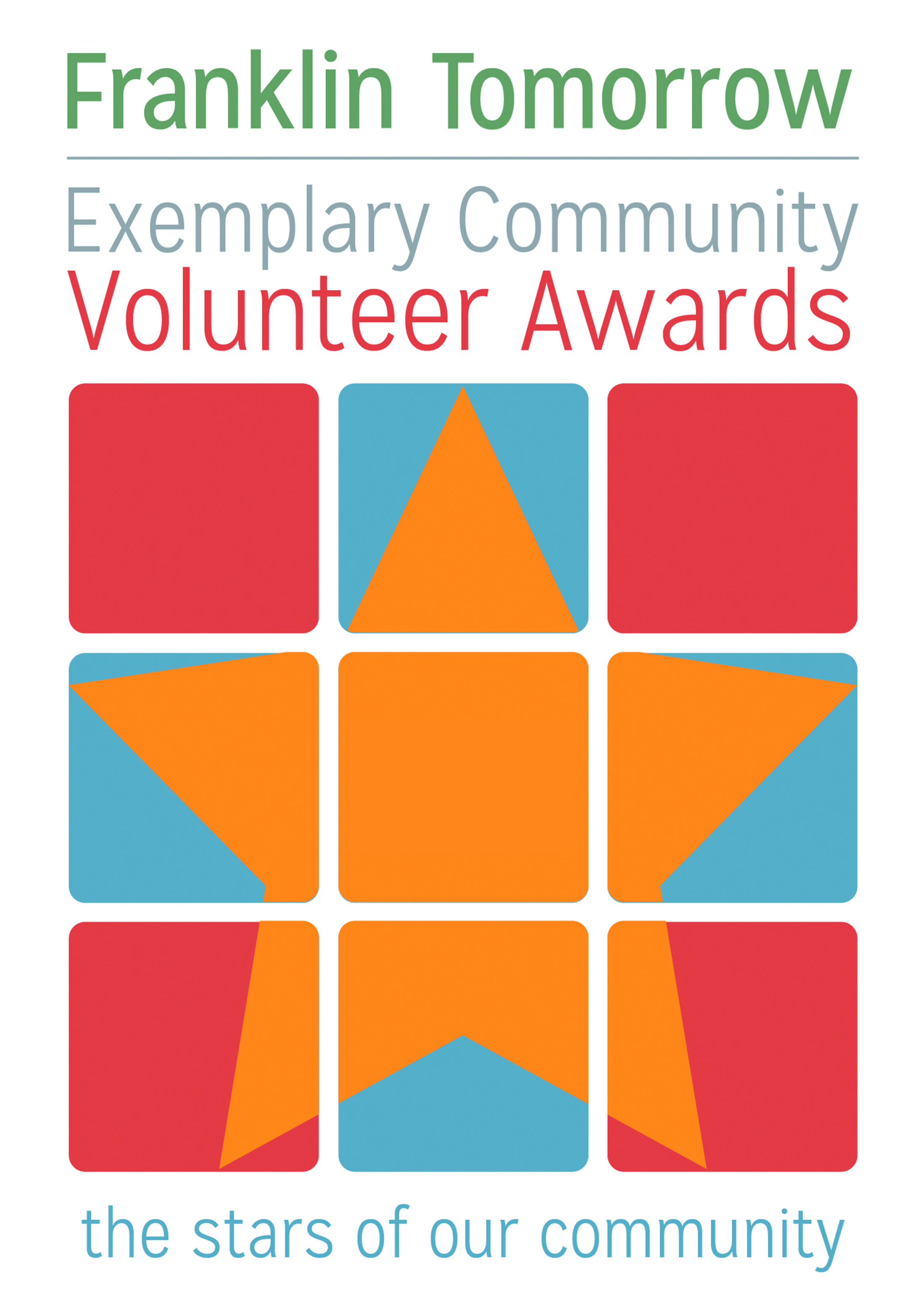