Join Franklin Tomorrow for our monthly FrankTalks series as we hear from two newly elected members of the Tennessee House of Representatives.

Gino Bulso, an attorney at Bulso PLC, has almost thirty-five years experience as a trial lawyer and has litigated civil cases of every stripe. In addition to his work before the Tennessee Supreme Court, Gino has handled numerous cases in the Tennessee Court of Appeals and in the United States Courts of Appeals. He has represented clients before the Fourth, Fifth, Sixth, Seventh, and Eleventh Circuits. He currently is the Representative of District 61, which covers the Cool Springs/Brentwood area.

Jake McCalmon has more than 10 years of experience in the business world, working in the technology sector as an operations manager. In 2020, Jake combined his entrepreneurial spirit with his desire to help others improve themselves to launch Bulldog Martial Arts, a martial arts studio in Franklin. He is currently the Representative of District 63, which covers southeastern Williamson County.

The event will be held at First Presbyterian Church located at 101 Legends Club Lane in Franklin, TN 3709. It will begin at 9 a.m. with a coffee social and the program at 9:30 a.m.

Our coffee social with Lyon Leadership Group, McDonald’s will begin at 9 a.m. 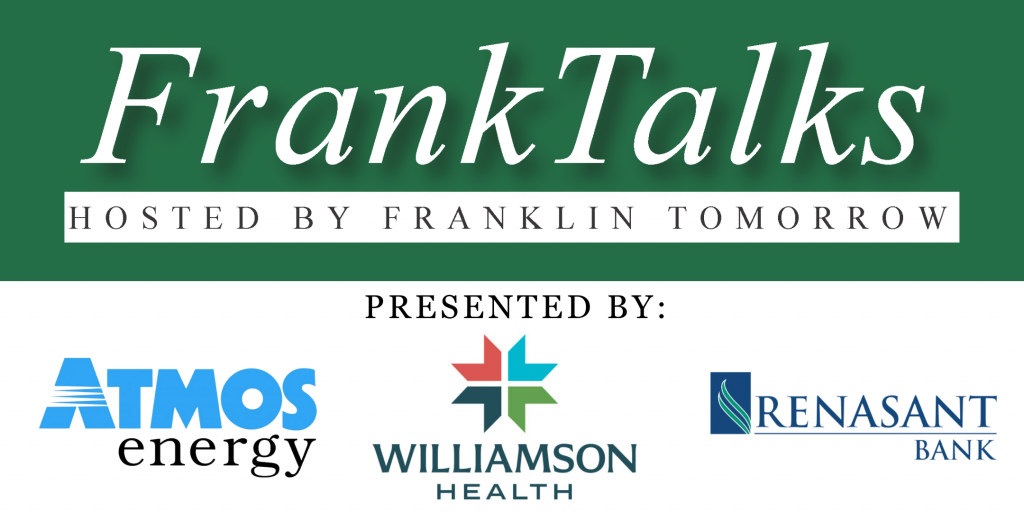