Franklin Tomorrow’s monthly FrankTalks lecture series, presented in partnership with Williamson Medical Center and Renasant Bank, featured a discussion on entrepreneurship in Williamson County, including two innovative programs at area high schools which are setting the next generation of job creators up for success.

The Williamson Herald reported, “Williamson County is becoming more of a hub for major business relocations by the minute, but community leaders are beginning to increase opportunities for existing county residents to grow in the entrepreneurial sector,” in a story by Tori Thiessen. “Franklin Tomorrow reached beyond the scope of the city at this month’s FrankTalks held Monday, discussing the many new opportunities throughout the county for up-and-coming entrepreneurs. Franklin Tomorrow welcomed Kari Miller, executive director of the Williamson County Schools Entrepreneurship and Innovation Center, Entrepreneurial Leadership Director at Battle Ground Academy Hallie Heiter and President and CEO of Williamson, Inc. Matt Largen to share their involvement in local projects.” Read more from The Herald’s report by following this link or watch the video below, provided by the City of Franklin’s TV staff.

FrankTalks is presented in partnership with Williamson Medical Center as a sustaining partner and Renasant Bank, a presenting partner.

The topic of entrepreneurism will be explored by a panel during the Sept. 9 FrankTalks, including Williamson Inc. CEO & President Matt Largen; Kari Miller, executive director of Williamson County Schools’ new Entrepreneurship and Innovation Center at Franklin High School; and Hallie Heiter, Director of the school’s innovative Entrepreneurial Leadership (EL) program.

Under Miller’s direction, the EIC debuted Aug. 9 with 130 enrolled students broken up into groups to start brainstorming business models for their own start-ups. At the beginning of next semester, some of the student groups of three will have the chance to ask for seed money to implement their plans.

The Entrepreneurial Leadership Program at BGA equips students with skills and mindsets to creatively solve real-world problems through hands-on active learning. Students engage with methods such as Design Thinking, Lean Launchpad, and a host of resources used by top institutions like Stanford University. To graduate with an EL distinction, a student must complete the four-year program and a senior capstone project. 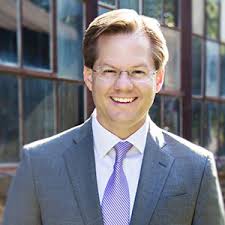 Williamson Inc. is partnering with the Heritage Foundation of Williamson County to open an Idea Center, an innovation and entrepreneurship center in the Fleming-Farrah mansion, on the Franklin Grove Estate & Gardens campus on South Margin Street in downtown Franklin.

FrankTalks will start at 9 a.m. with a 30-minute coffee social, followed by the hour-long program at 9:30 a.m. The event is free thanks to the generosity of our partners, Williamson Medical Center and Renasant Bank.