FrankTalks: The 5 Voices of Leaderships

Home/FrankTalks: The 5 Voices of Leaderships

FrankTalks: The 5 Voices of Leaderships

Relational trust and psychological safety are the keys to high-performing teams in business and healthy relationships in general. The latest research from Google, Deloitte, and the HBR back up this belief. Everyone speaks. Not everyone is heard.

When people don’t use their natural leadership voice, here’s what happens:

Want to learn how to communicate effectively with everyone you lead? Join us to learn about the “5 Voices,” a powerful tool designed for individuals, teams, and families.

Presented for Franklin Tomorrow in cooperation with DeAngelis Diamond and GiANT Worldwide, our Monday, June 11th FrankTalks will not only help us identify our voice, but will also allow us to better understand our neighbors and co-workers. 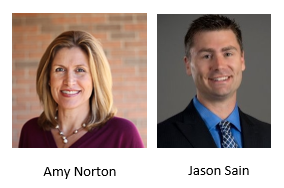 Norton has been a partner with GiANT Worldwide since January 2017, although she joined the firm in 2014 after serving as managing editor of StyleBlueprint, a rapidly-growing, digital media startup based in Nashville, TN, that delivers daily lifestyle-oriented content to women in Atlanta, Birmingham, Louisville, Nashville, and Memphis. She holds a Master’s of Arts from University of Alabama and her undergraduate degree is from Randolph-Macon Women’s College.

As Vice President and Principal of DeAngelis Diamond, Sain monitors project performance to ensure the project is delivered according to the client’s expectations. He takes leadership in managing the client relationship together with the project resources. Over the past 20 years, Jason has managed numerous projects and co-led DeAngelis Diamond’s corporate office in Naples as the Vice President. He has relocated his family to Franklin, TN to lead DD’s efforts to become a local middle TN commercial and healthcare contractor. He has worked on projects including heavy industrial at the former Saturn Plant in Spring Hill, TN and the Honda Press Pits in Birmingham, AL, as well as multi-family projects, healthcare and commercial projects all over the United States. In 2015, Jason was recognized on the 40-under-40 list by Gulfshore Business. He is an Auburn University graduate, with a Bachelor of Science degree in construction management and building science.

FrankTalks is free and the public is invited. Franklin Tomorrow partnered with Vanderbilt University’s Office of Community, Neighborhood, and Government Relations to expand the frequency of FrankTalks in 2016 to a monthly program. It is held at various locations across the city, but always on the second Monday of the month. Thanks to the added support of Renasant Bank, FrankTalks continues to thrive in 2018.

Special thanks to Spark: Lipscomb’s Idea Center for hosting this Franklin Tomorrow event in June.